More than an itchy nuisance, fleas are blood-sucking, disease-spreading insects. 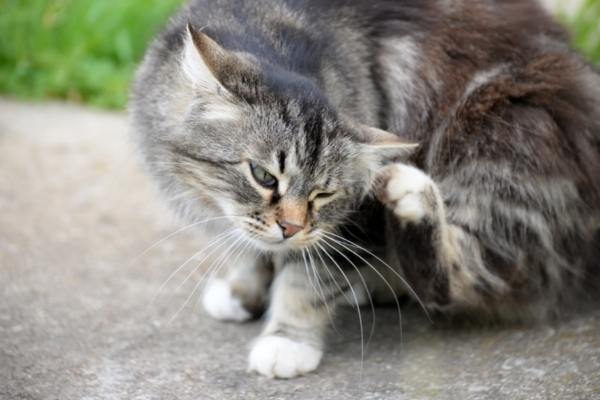 When cats get infested with fleas, they can get flea bite anemia due to losing so much blood. Those suckers (literally) drain so much blood that a cat’s body is unable to function normally.

Fleas also cause cat scratch fever, a mild-to-severe bacterial infection that cats can pass along to humans. Humans can get cat scratch fever when a cat infected with Bartonella henselae (a bacteria cats contract when scratching or biting at infected fleas) bites or scratches a human or licks an open wound on a human’s skin.

Cat scratch fever (also called cat scratch disease) in humans is most prevalent in the southern part of the U.S. and most common among teenagers and children aged 5-9. However, anyone who owns or interacts with a cat is at risk of contracting the disease.

Although tiny and flightless, fleas can jump 7-13 inches and show no respect for property lines and door sills. 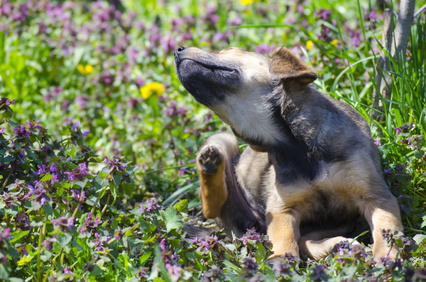 Female fleas can lay over 5,000 eggs in their lifetime and live up to 18 months.

A single pregnant flea can cause a population explosion of fleas on your pet and in your home.

Fleas have been around for millions of years, causing itchy misery and spreading diseases like tapeworms and life-threatening bacteria and viruses affecting animals and people. For example, fleas spread the bacteria that causes The Plague, a disease that killed thousands in Europe in the Dark Ages and is still found today in places as near as Eastern Oregon.

Get a flea preventive NOW!

We have amazing new parasite preventives that came out in the past two years. These preventives are better than anything you can buy over-the-counter. (They prevent ticks, too.)

Ticks…A Growing Concern in the Pacific Northwest and Worldwide 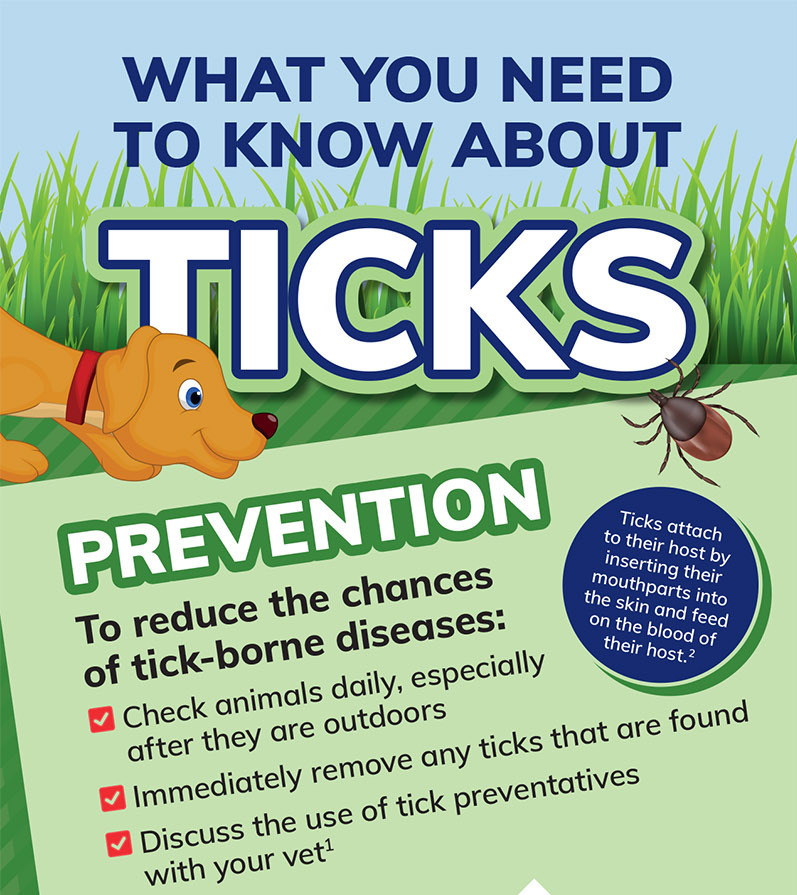 Ticks are blood-sucking arachnids – not insects – and are implicated in the spread of a number of life-threatening diseases that affect humans and animals. They can harbor bacteria, viruses, and protozoal parasites, sometimes more than one at a time.

Slow-moving and unable to jump, they lay in wait on grass or leaves until their prey walks by, then grab on for the ride.

Ticks can transmit the bacteria that cause Lyme disease, Rocky Mountain Spotted Fever, anaplasmosis, and erlichiosis, to name a few.

Unfortunately, one of the many side effects of warmer temperatures is that ticks are increasing in abundance and geographical range throughout the world. Once a realm of warmer, humid southern areas of the US, ticks and tick-borne diseases have spread north and occur in all 50 states and Canada.

A similar phenomenon has occurred in Europe. Tick migration mostly occurs through the movement of animals upon which ticks feed. Small mammals can transport ticks short distances, but migrating deer and, especially, birds can carry the intrepid hitchhikers into new territories where they once did not exist.

Fortunately, defense for pets against fleas and ticks continues to improve since the introduction of fipronil (Frontline) in 1995, a safe-but-messy topical that helped prevent fleas and ticks in cats and dogs.

Today, better products help prevent these parasites. Our favorites are the new oral chews that have come on the market in the past two years that quickly kill fleas and ticks.

No more messy topical medication or stinky collar, just a tasty “treat” that safely and effectively prevents fleas and ticks from 30-90 days, depending on the product.

You know the 4DX lab test we recommend for your dog every year? Well, test #1 screens for heartworm disease, but #2-4 are screens for tick-borne illnesses – Lyme disease, erlichiosis, and anaplasmosis.

We recommend your dog begins the Lyme vaccine series 7-8 weeks prior to your trip back East, in addition to using one of the newer tick prevention products and taking precautions, such as keeping your dog out of tall grass or wooded areas if possible, and doing a daily tick inspection of yourself and your dog.

One Response to “What You Need to Know About Fleas, Ticks and Parasite Preventives”