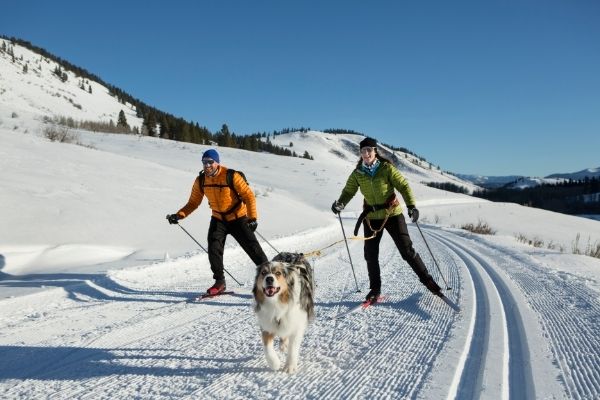 Skijoring (‘skē-jȯr-iŋ) is a winter sport in which a cross country skier is pulled by dog(s) or a horse in harness.

The word is derived from the Norwegian word skikjøring, meaning ski driving.

The most popular form of skijoring is with a dog. 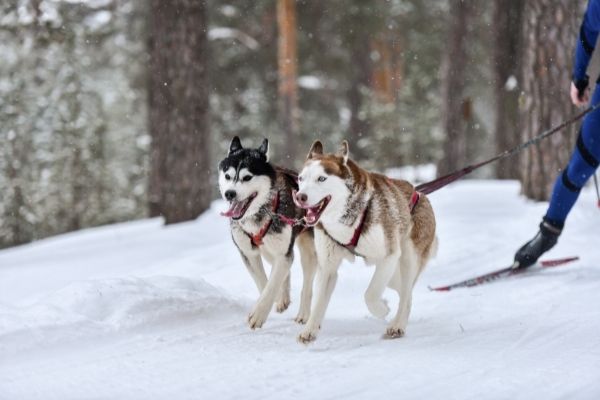 Skijoring has been popular in Scandinavia and Alaska for years, but is growing in popularity in other parts of the world. Skijoring competitions are now held throughout the northern United States, Canada, and Scandinavia, often in conjunction with dog sled races.

Many breeds of dogs are used for skijoring.

In addition to what we traditionally think of as sled dogs, such as Huskies and Malamutes, many mixed breed dogs also enjoy skijoring. They are are athletic, enthusiastic, obedient medium-to-large dogs with thick fur and ice-resistant pads. 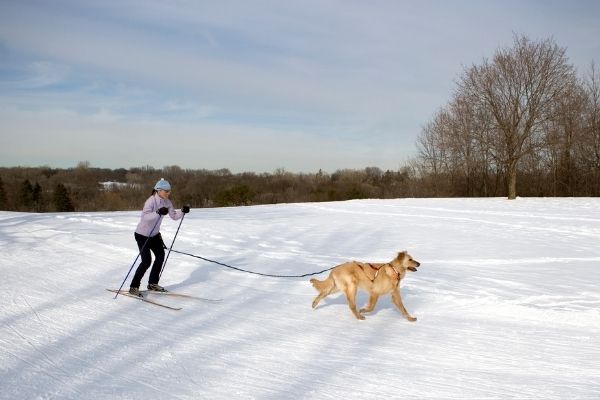 Dogs who love skijoring live for the exercise, excitement, attention from their owners, and the opportunity to run like crazy in the great outdoors.

Where to Skijor in Washington

Some designated cross country ski areas allow dogs, but most leisure skijoring is done on other snowy trails, fields, and backcountry roadsides.

In its guide to Cross-Country (Nordic) skiing in Washington, the Washington Trails Association (WTA) notes:

“Dogs are generally not allowed on groomed Nordic trails—however, there are exceptions. Some Nordic areas offer specific dog-friendly trails or trail hours, so call ahead if your outing will not be complete without your four-legged friend. Know that even if your pup is allowed, she may be required to remain on-leash. The best way to ski with a dog (when dogs are allowed) is by using a sled-dog harness and a bungee leash system: this is skijoring, and it’s a fast-growing winter sport.”

Have you tried Skijoring? What do you think of it?